Download the Research Project Highlight which includes the abstract. (PDF)

Properly accounting for the systematic source, path, and site effects using non-ergodic GMPEs can have a large effect on the ground motion for a given scenario.  Using these new GMPEs, we will greatly increase the accuracy of the hazard in regions with adequate ground-motion data.  In regions with limited ground-motion data, the new GMPEs will show that the epistemic uncertainty is large.

An example comparing the ergodic and non-ergodic distance scaling of T=0.2 sec spectral acceleration for M6 earthquakes is shown in Figure 1.  In the non-ergodic GMPE, the geometrical spreading coefficient (upper right) and the source constant (upper left) vary depending on the location of the earthquake. This results in a direction-dependent attenuation with distance.  For a site in LA, the attenuation along the east direction (lower left) differs from the attenuation along the north direction (lower right).

The transition from ergodic to non-ergodic hazard codes will lead to the largest changes (improvements) in estimated hazard in California since the change to include the standard deviation of the ground motion occurred in the 1980s.  At a given site in California, the ground motion for a return period of 2500 years may increase or decrease by up to a factor of 2 relative to the current hazard based on ergodic GMPEs.  Due to the steep slopes of hazard curves in California, the risk of collapse of structures may increase or decrease by up to factor of 8 as we begin to incorporate non-ergodic GMPEs. 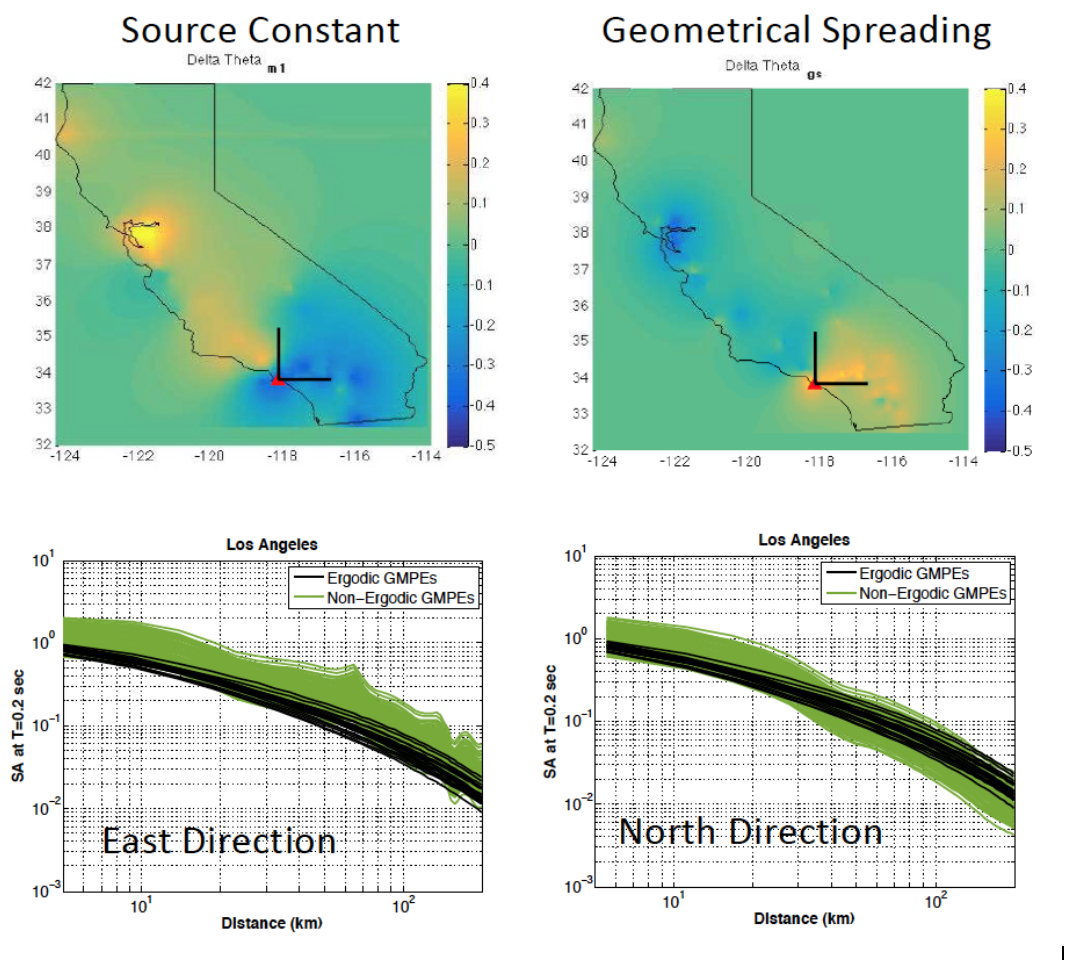