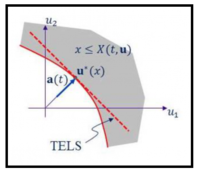 In this lecture, Professor Armen Der Kiureghian will provide an overview of the development of the tail-equivalent linearization method for stochastic dynamic analysis of inelastic structures subjected to earthquake ground motions. The method, which is based on the principles of the first-order reliability method (FORM), is described in terms of geometry in the high-dimensional space of Gaussian random variables. The presentation will also cover the application to structures subjected to multiple components of ground motion and bridges with differential support motions. 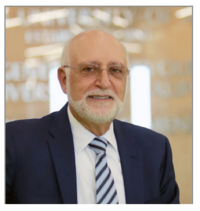 Armen Der Kiureghian is the fourth President of the American University of Armenia (AUA), having assumed the post in July 2014. As of July 1, 2015, he is Taisei Professor of Civil Engineering Emeritus of UC Berkeley, where he served for 37 years in various positions, including Chair of the Structural Engineering, Mechanics and Materials Program and Vice Chair for Academic Affairs of the Department of Civil and Environmental Engineering. His association with AUA goes back to the inception of the University; he is one of the founders of the AUA and previously served as the Founding Dean of Engineering, Founding Director of the Engineering Research Center, then Interim Provost, all concurrently with his UC Berkeley position.

Professor Der Kiureghian has held visiting professorships at the University of Ljubljana, Slovenia; University of Tokyo, Japan; ROSE School in Pavia, Italy; Technical University of Denmark; Indian Institute of Science, Bangalore; and Technical University of Munich, Germany. Professor Der Kiureghian’s teaching and research have been in the areas of risk and reliability of constructed facilities and systems, stochastic structural dynamics, earthquake engineering, and engineering decision-making. He has authored more than 400 publications, including 120 in archival journals. He has supervised 30 doctoral candidates to completion, all of whom are highly successful specialists in academia or industry. Der Kiureghian received his B.S.and M.S. in Civil Engineering from Tehran University, Iran, and his Ph.D. in Civil Engineering from the University of Illinois at Urbana-Champaign.