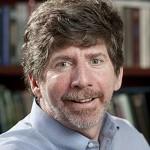 Gregory Deierlein is the John A. Blume Professor of Engineering at Stanford University where he specializes in research on the design and behavior of steel and concrete structures, nonlinear structural analysis, fracture of metal structures, and performance-based design of structures for earthquakes and other extreme loads. He is the Director of the John A. Blume Earthquake Engineering Center at Stanford and former (2000-2007) Deputy Director of the Pacific Earthquake Engineering Research (PEER) Center. Deierlein is active in national technical organizations involved with developing building codes and standards, and he has served as a seismic design consultant and peer reviewer for buildings in California.

A recipient for the Helmut Krawinkler Award for outstanding leadership in implementing state-of-the-art research into practice is determined by the SEAONC Board of Directors. The award is presented to acknowledge those individual members (academia or practicing engineers) who have applied and adapted pioneering academic research to the structural engineering practice. 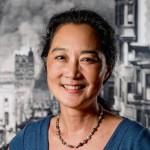 Grace Kang, SE, is an accomplished designer of wood frame and reinforced concrete residential facilities and the engineer behind the seismic retrofit of a variety of important cultural and academic buildings in the Bay Area. She has also provided significant energy and time serving Structural Engineers Association of Northern California (SEAONC), SEAOC, and other organizations, including serving as SEAONC President, SEAOC Director, and as a member and past-chair of Cal Poly San Luis Obispo’s Architectural Engineering Advisory Board. As PEER’s Director of Communications, she uses her background as a practicing engineer to translate research findings at PEER into language the profession can appreciate, helping to build understanding through education. She was inducted to the SEAOC College of Fellows in 2015.

A SEAONC Fellow member shall be a Member SE so designated by the SEAONC Board of Directors in recognition of outstanding service to the Association or accomplishments in the field of structural engineering. S/he shall have been a member in good standing for 15 years.