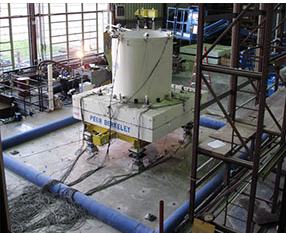 The largest six-degree-of-freedom (6 DOF) Shaking Table in the United States.